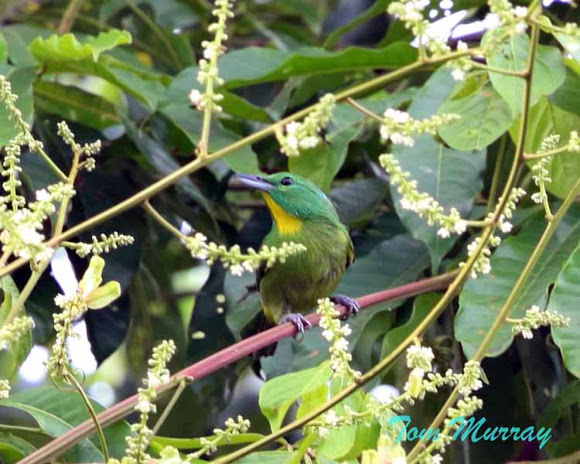 Well named, as it is principally a dark grass-green, the Green Shrike-Vireo’s most prominent field mark is the yellow throat patch and, in some races, the blue crown and nape. This bulky-bodied species ranges from southeastern Mexico south to central Panama. Green Shrike-Vireo prefers humid evergreen forest, but apparently is able to accommodate a degree of habitat change and degradation; it remains locally common in many areas, especially in the northern part of the range of the species. Like other species of Vireolanius, Green Shrike-Vireo is usually found in pairs, which occasionally join mixed-species flocks, and feeds on arthropods and small fruits. (Cornell)