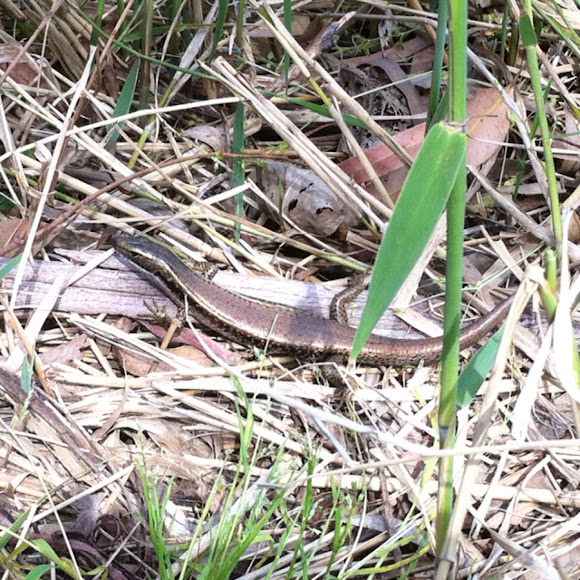 The Eastern Water-Skink is a medium sized skink with shiny scales on body, they can grow up to 30cm long.

It seemed to have a bronze sheen to it's scales.

Sorry Brinez, I just realised your question. It was about 25cm long. :-)

It was the 5th of October.

Nice spotting! I love skinks about how long was it?