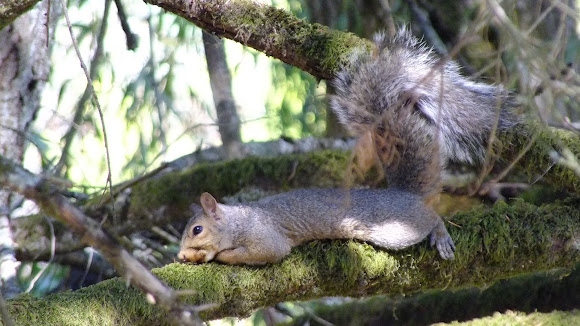 Eastern grey squirrels prefer expanses of mature, mixed forest. These squirrels prefer having a continuous forest canopy so that they can forage and travel mainly in the trees, rather than travelling on the ground. By staying in the trees they are better protected from predators. Populations of eastern grey squirrels are highest in forests with trees that produce foods that last through winter storage. Oaks, walnuts, and pines are some of the trees produce foods that last through winter storage. Eastern grey squirrels also use trees for nests. They build leaf nests in the higher branches of large trees. Sometimes they use tree cavities and holes as nests for raising their young. These holes are also useful as shelter from extreme weather in winter.