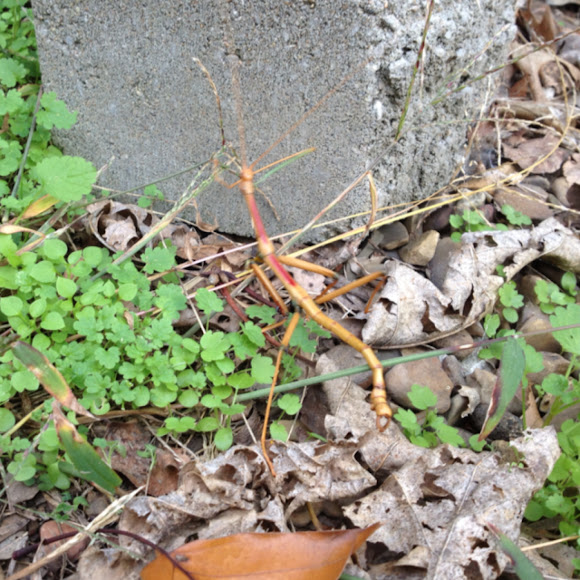 Large stick big with red markings. This one was injured with a broken leg. Approximately 6" long.

Probably because it was injured it was more aggressive than any other stick bug I've ever seen. It seemed to mimic a scorpion bringing its back end over its head at one point and standing on its rear legs rocking from side to side at another.

Hi Amy, this is a very interesting find. Sorry that this guy was injured. It is a male and probably a Northern Walkingstick, Diapheromera femorata. However, I have never seen one in that color.
I will have to check and see if there are any other species that might have that coloration.
It might be that this one has a color mutation of some sort. It would be harder for him to camouflage with that coloration, making him an easy target for a predator (likely cause of injury).