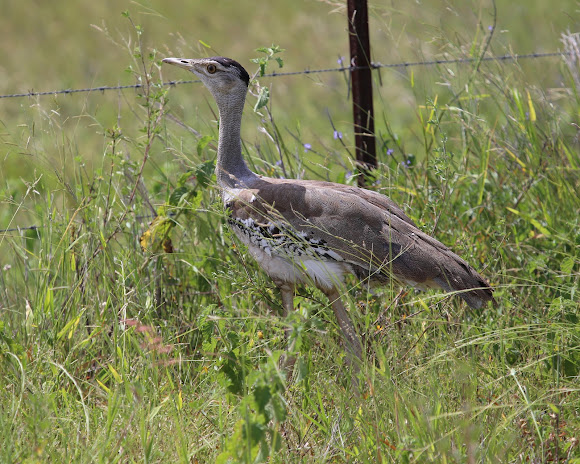 Largish bustard and very similar to the Great Indian Bustard (Ardeotis nigriceps). Females are smaller than males with a narrower brown crown and the males show a distinctive jowl. They fly with neck extended. The second two images are of a male.

Found over most of Australia except the south and south east. They are found in tropical open grassland, grassy woodlands and on pastoral land. This species can also be found in southern New Guinea.

These birds were close to the road and very obliging for a short period.

Thank you Polilla. The males are quite something when they get displaying.