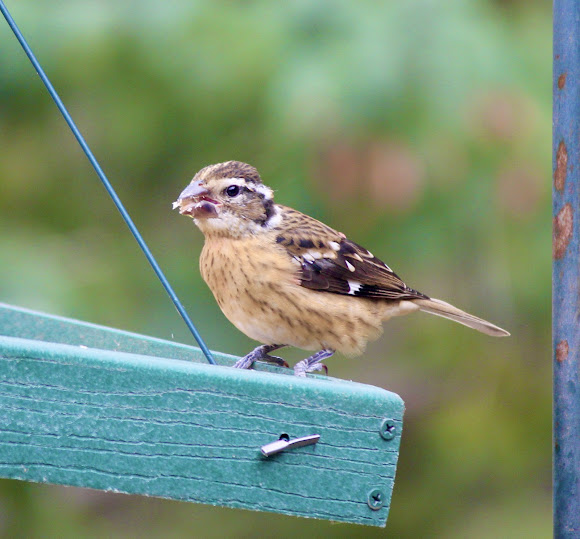 Spotted at Tamarac NWR, both male and female came to a bird feeder. They can be found in grassy marshes, ntallgrass field, weedy hayfields.

The LeConte Sparrow breeds in western North Dakota, northern Minnesota and Wisconsin, and upper peninsula of Michigan, but the heart of its range and bulk of population is in the prairie provinces of Canada. There is also a breeding population in northeastern Montana. Migrants move south between mid-September and early November.