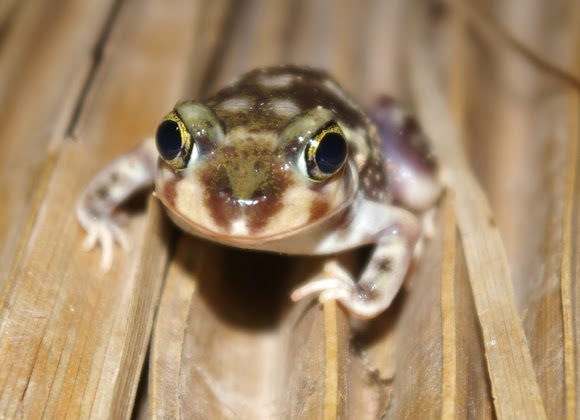 Less warty than the typical toad, spadefoots get their name by having a "spade" on the bottom of each back foot. Couch's spadefoot has a sickle shaped spade. The spades are used to help them burrow into the ground. Also, unlike other toads, spadefoots also have vertical pupils.

They are native to the southwestern US, Northern Mexico and the Baja Peninsula. They spend most of their time underground until a large rain comes through, then they are everywhere and you have to try to not run over them with your car!

Thanks :) He was my favorite little guy from our whole trip!