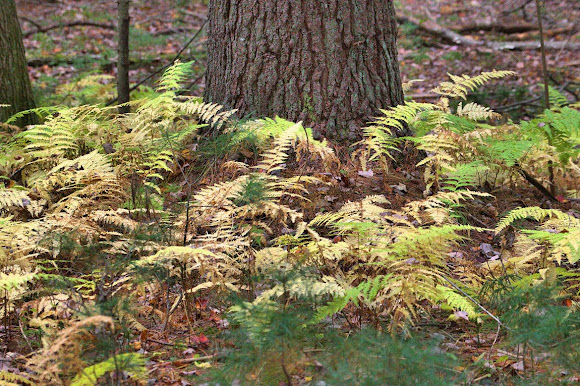 Osmundastrum cinnamomeum is a deciduous herbaceous plant which produces separate fertile and sterile fronds. The sterile fronds are spreading, 30-150 cm tall and 15-20 cm broad, pinnate, with pinnae 5-10 cm long and 2-2.5 cm broad, deeply lobed (so the fronds are nearly, but not quite, bipinnate). The fertile spore-bearing fronds are erect and shorter, 20-45 cm tall; they become cinnamon-colored, which gives the species its name. The fertile leaves appear first; their green color slowly becomes brown as the season progresses and the spores are dropped. The spore-bearing stems persist after the sterile fronds are killed by frost, until the next season. The spores must develop within a few weeks or fail.