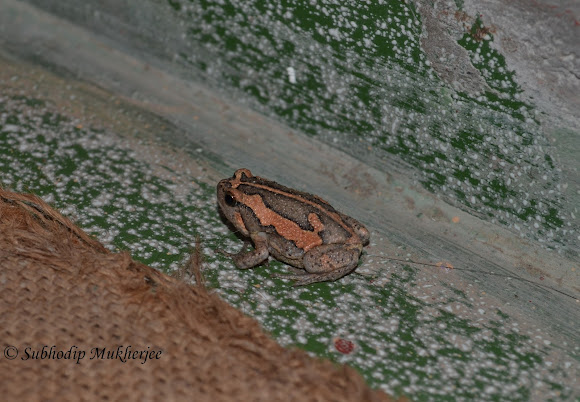 This species is known from several localities in the state of Assam, one in the state of Arunachal Pradesh and one in West Bengal, India. In Assam, it was found at: Majbat; Nameri National Park; in Orang National Park; near Orang National Park (all in Sonitpur District); and in Bongaigaon, western Assam. In Arunachal Pradesh, it was found in Pakhui Wildlife Sanctuary in Kamlang District, and in West Bengal it was found near Bong Basti village, Chilapata Range. Given the availability of its habitat, this species seems likely to occur much more widely, and has probably been under-recorded due to its secretive, burrowing nature outside the breeding season. It is found between 48-141 m asl.

Kaloula assamensis is a species of narrow-mouthed frog found in Assam, India, but since I saw it in Siliguri (West Bengal) so its habitat has to be more wide than thought .