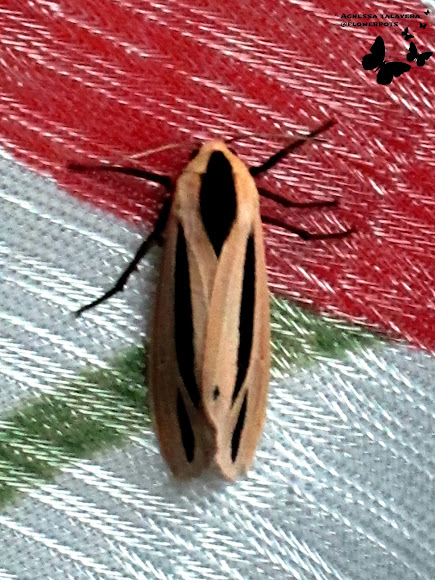 Creatonotos gangis Linnaeus, 1763 (Erebidae, Arctiinae). Its larva is called Hairy Caterpillar. Creatonotos gangis lives in Southeast Asia, Australia, parts of China, India, Japan, New Guinea. In Australia, it is restricted to northern parts of Western Australia, Northern Territory and Queensland, extending as far south as Mackay. The adult moth of this species has brown forewings, each with a broken dark streak. The hindwings are white. The abdomen is red or sometimes yellow (rarely). The males have four eversible coremata at the tip of the abdomen which emit pheromones, each when inflated is longer than the abdomen. The moths have a wingspan of about 4 cms.