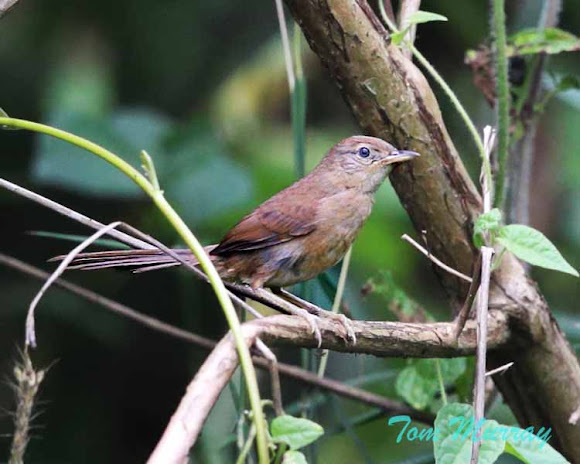 Of circum-Amazonian distribution, although it is absent from the western fringes of the basin, the Pale-breasted Spinetail is one of the most widespread and common members of the genus Synallaxis. It also reaches as far north as southwest Costa Rica and offshore islands such as those of Trinidad and Margarita. This spinetail is found in grassy and scrubby habitats throughout its range, but never ventures into closed forest. As befits the species’ name, the Pale-breasted Spinetail is generally paler below than many sympatrically distributed spinetails; the tail is generally brown, rather than rufous, and on the wings the rufous is largely confined to the coverts. Like many other Synallaxis, the species constructs a globular nest of dried grasses and twigs. (Cornell)