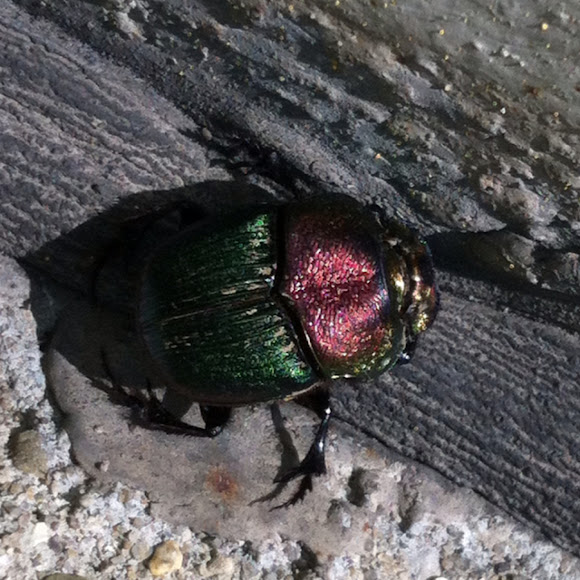 Phanaeus vindex, the rainbow scarab or rainbow scarab beetle is a North American dung beetle, with a range from the eastern US to the Rocky Mountains. The head is a metallic yellow color, and males have a black horn which curves backward toward the thorax. Both sexes have yellow antennae which can retract into a ball on the underside of the head. The thorax is a shiny coppery color, with yellow or green on the sides. The abdomen is metallic green. The underbelly is black and green. Body length is about 2-3 cm long. Males and females work in pairs to dig burrows beneath animal excrement. They move some of the excrement down into the tunnel, where the female lays her eggs in it. The grubs feed on the excrement for several instars until pupating. This species, like all dung beetles, are not pests, and play an important role in reducing fecal matter in the environment, thus reducing the number of disease spreading flies. From wikipedia.