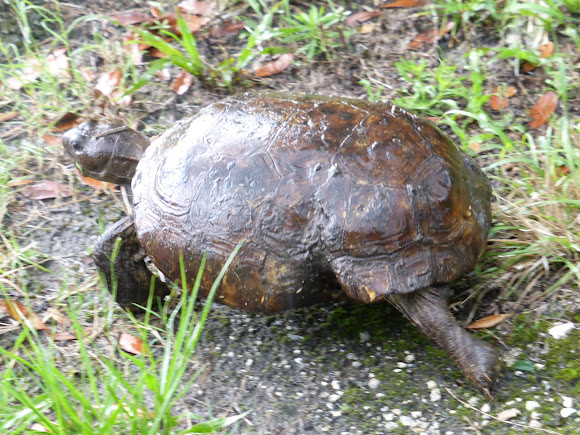 This one had a shell injury that had healed over. I could see inside on the side where the shell was broken, but it did not seem to be in pain or have any problems running.

At the edge of a neighborhood near a forest

Gopher Tortoises are considered keystone species because their burrows provide shelter for 360 other animal species. It is listed as a vulnerable species on the IUCN Red List.

Karen, I have some info on that in the notes

Looks like he's has an injury to his shell at some point.