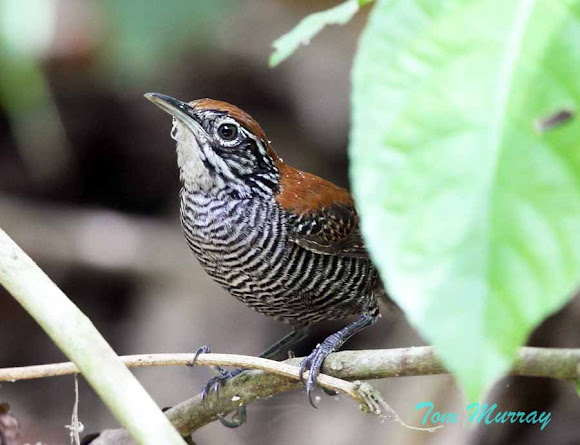 A pair of these wrens were feeding in the bushes at the edge of a small river while I was walking in the water looking for birds. They mostly stayed hidden in the vegetation and in the shade, only briefly coming out in the open.

Confined to the Pacific slope of southern Central America, the Riverside Wren is found from central Costa Rica to western Panama, where it is generally common but not necessarily easily seen, on account of its usually skulking behavior and liking for areas of dense vegetation. The species is found from sea level to about 1200 m. While the upperparts are principally chestnut-colored, below this wren is whitish heavily barred blackish, and the wing coverts and tail are also barred the same color. The Riverside Wren is usually found in pairs or small family groups, which apparently remain together for much of the year. (Cornell)