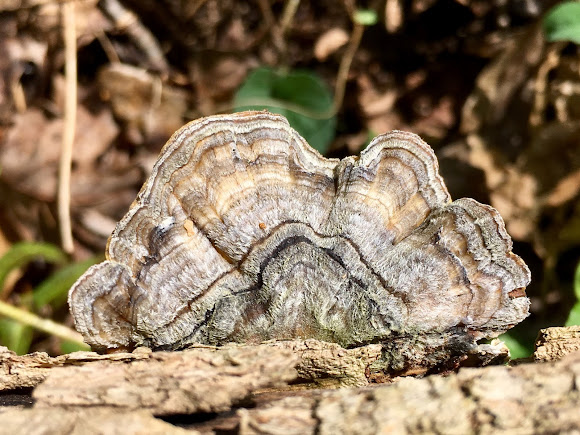 Trametes versicolor – also known as Coriolus versicolor and Polyporus versicolor – is a common polypore mushroom found throughout the world. Meaning 'of several colours', versicolor reliably describes this fungus that displays different colors. For example, because its shape and multiple colors are similar to those of a wild turkey, T. versicolor is commonly called turkey tail.

Found in the woods behind my house.