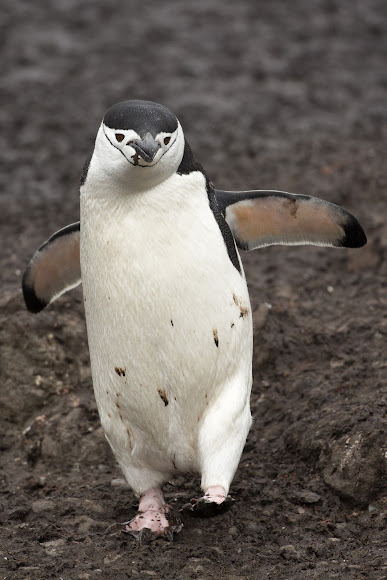 Chinstrap Penguins are one of the most easily identifiable penguins due to the thin black line that runs from ear to ear under their chin. It looks like a chinstrap, which is where their name originates.

Chinstrap penguins usually breed on hillside slopes and rocky outcrops in colonies that are often enormous, with over 100,000 pairs congregating at some locations.