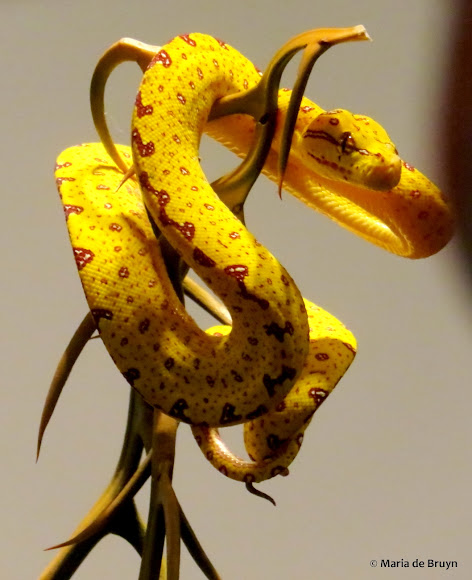 Hatchlings are lemon-yellow with broken stripes and spots of purple and brown, or golden or orange-red. The majority of captive-bred individuals (the species is native to the Pacific) can be trained to accept handling. With the development of artificial incubation, this species became much more available in captivity.

Private home - this snake is captive bred and owned by a wildlife photographer.

I don't usually photograph captive animals (except for a wildlife rescue facility and occasionally a zoo) but I will likely never see one in the wild.