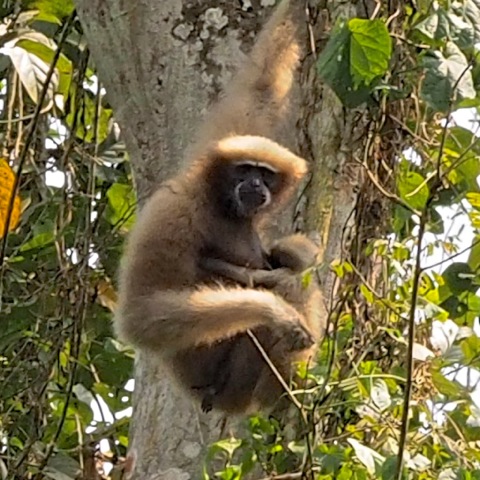 The hoolock gibbons (Hoolock hoolock) are the only Apes found in India. The males are black-colored with remarkable white brows, while females have a grey-brown fur, which is darker at the chest and neck. White rings around their eyes and mouths give their faces a mask-like appearance. Hoolocks are the second-largest of the gibbons, after the siamang. They reach a size of 60 to 90 cm and weigh 6 to 9 kg.

Hoollongapar Gibbon Sanctuary, Assam plains alluvial semi-evergreen forest, with some wet evergreen forest patches. It is the only sanctuary in India named after a gibbon due to its distinction for containing the densest gibbon populations in Assam

Aye a year ago