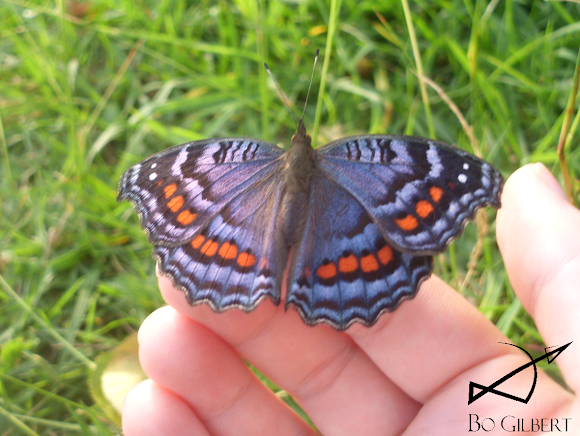 Precis octavia sesamus has a summer form (natalensis) which is red with black markings, and a winter form (sesamus) which is blue with a line of red markings on the wings.