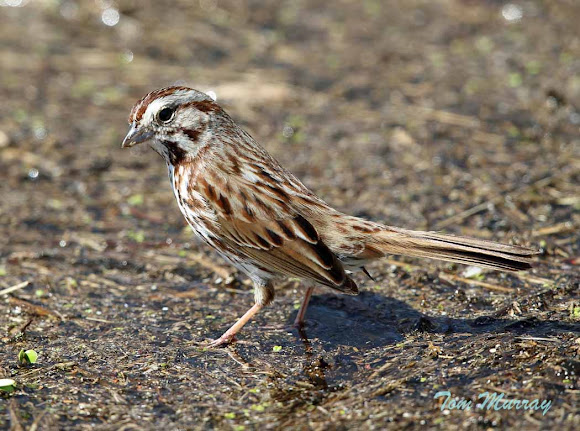 The Song Sparrow is found throughout most of North America, but the birds of different areas can look surprisingly different. Song Sparrows of the Desert Southwest are pale, while those in the Pacific Northwest are dark and heavily streaked. Song Sparrows of Alaska’s Aleutian Islands chain are even darker, and they’re huge: one-third longer than the eastern birds, and weighing twice as much. (Cornell)