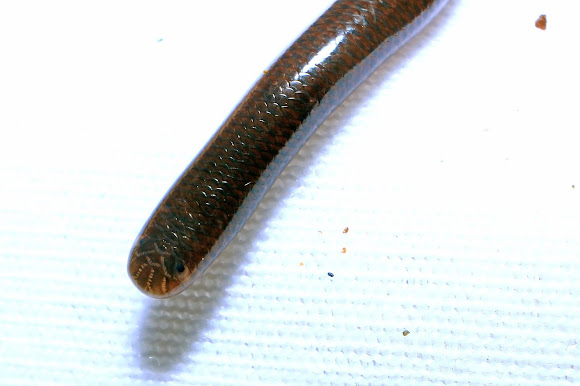 it has 12 cm long body . Non venomous Snake. it eyes are hidden under the transparent scales of it's head in order to protect them from ants attack. it could changes it's skin color when it's living in defferent substrate. when I found it, it's color is grey pale. after a weeks I kept it in my terrarium with cocopeat substrate, it's skin color turns darken just as shown as in the macro picture above. and termites and ant's eggs is it favorites menu.

underground. and with it's size ,it might not going around in large area searching for food. so' it would stay close to termites nest. ( I guess :v)