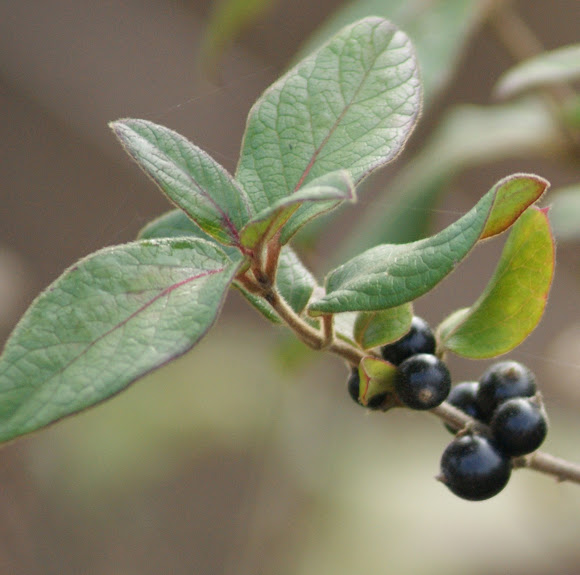 Honeysuckle fruits are small black beries, about 1/4 inch wide. Many birds eat them, including Tufted Titmouse, Northern Bobwhite, American Goldfinch, Northern Mockingbird, and Eastern Bluebird. Japanese Honeysuckle is a fast-growing climber. As it gets older, it develops a thick, woody stem. It is very strong and does not break easily. This vine can climb trees, wrapping itself around the tree and covering branches with its own stems and leaves. Honeysuckle can quickly smother a shrub and it can cover low-growing plants as well. Many plants cannot compete with honeysuckle.

This plant was photographed in an open area adjacent to a southeastern swamp at Phinizy Swamp Nature Park in Augusta (Richmond County), GA. Japanese honeysuckle is native to Japan, Korea, China, and Taiwan. The species has naturalized in much of the United States except Alaska and a few states in the Northwest, northern Midwest, and Vermont. The species is present in nearly all the forest associations in the Southeastern U.S., the region where it is most common.

The fruits are toxic to humans if large quantities are eaten and result in vomiting, diarrhea, rapid heartbeat, respiratory failure, and coma. Birds help disperse the seeds. Japanese Honeysuckle flowers bloom from April to July.