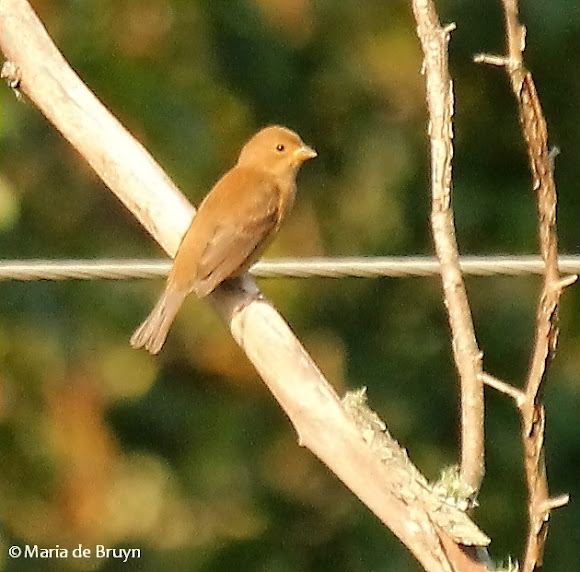 Indigo Buntings are small (roughly sparrow-sized), stocky birds with short tails and short, thick, conical bills. In flight, the birds appear plump with short, rounded tails. A breeding male Indigo Bunting is blue all over, with slightly richer blue on his head and a shiny, silver-gray bill. Females are basically brown, with faint streaking on the breast, a whitish throat, and sometimes a touch of blue on the wings, tail, or rump. Immature males are patchy blue and brown. Male Indigo Buntings sing from treetops, shrubs, and telephone lines all summer. This species eats insects, seeds, and berries, and can be attracted to backyards with thistle or nyjer seed. While perching, they often swish their tails from side to side. Fairly solitary during breeding season, Indigo Buntings form large flocks during migration and on their wintering grounds.