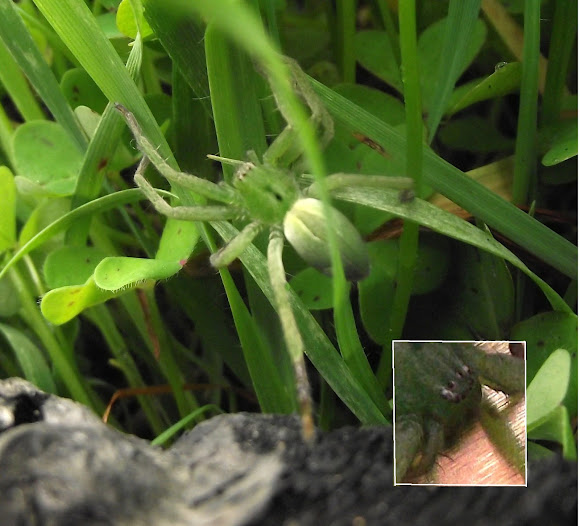 Huntsman spiders can often be found under logs and in cracks and crevices as they do not build webs to trap their prey. They use their speed to hunt down insects and other invertebrates which they inject with venom.