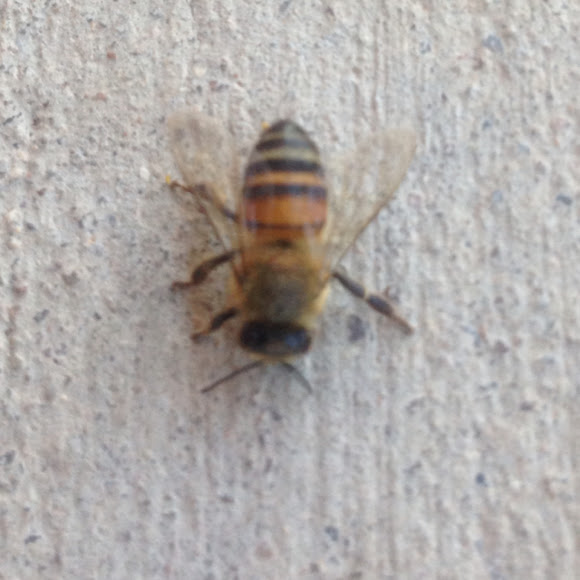 It's a bee. Yellow and black striped, stings for defense. Pollenates gobs of crops. Very important.

The western honey bee is native to Europe, Asia and Africa. During the early 1600s it was introduced to North America, with other European subspecies introduced two centuries later.[2] Since then, it has spread throughout the Americas.