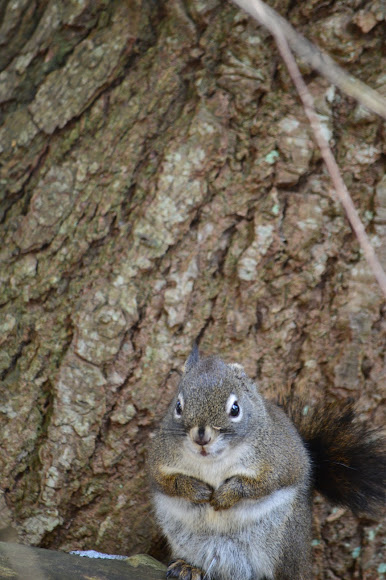 He seems to live in the tree right by the parking lot. People have been feeding him even though these squirrels are invasive and can by highly destructive to garry oak trees, of which there are many in the park. So far he seems to be alone though.

This is a forest park in the north of Nanaimo, its right in big area of suburbs. The tree itself is almost on the border between the park and the elementary school that is next door.

He's very confident. He doesn't even flinch when large dogs lunge at the ends of their leads towards his little stump. Someone also seems to have given him a gnome home.