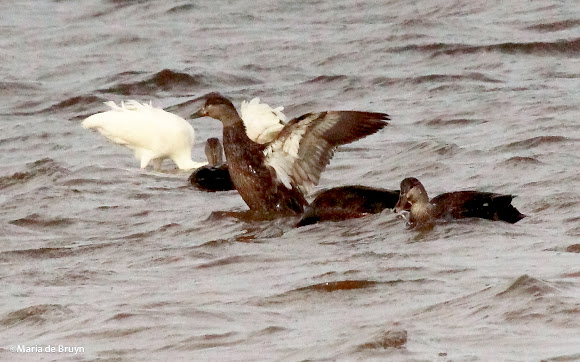 Seen in the company of ibis and gulls. This duck is native to eastern North America and has decreased in number, with increasing hybridization with the more common Mallard. The male and female black ducks are generally similar in appearance, but the male's bill is yellow while the female's is a dull green. The head is slightly lighter brown than the dark brown body, and the speculum are iridescent violet-blue with predominantly black margins. The black duck has orange legs and dark eyes. In flight, the white underwings can be seen in contrast to the dark brown body.