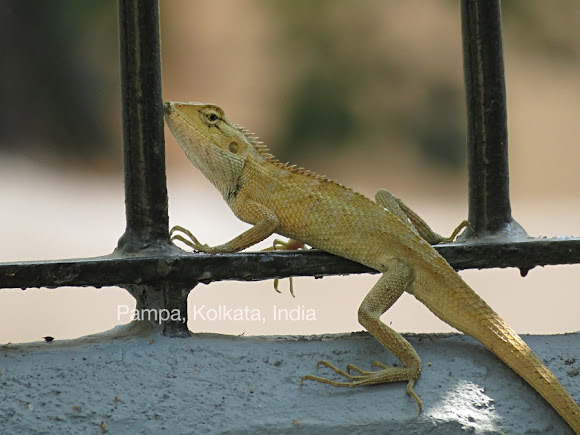 In a hot sunny day a solitary Bloodsucker may be seen on a twig or on a wall, basking in the sun, with mouth wide open. After a shower of rain numbers of them arc seen to come down on the ground and pick up the larva and small insects which fall from the trees during the showers.

Other names are - Eastern garden lizard or Changeable lizard. In India and Ceylon it is known as “Bloodsucker” (in Bengali - রক্তচোষা - Raktochosha), the origin of which cannot be satisfactorily traced. May be the name was given from the occasional reddish hue of the throat and neck. In Bengali it is also called "গিরগিটি" (Girgiti).