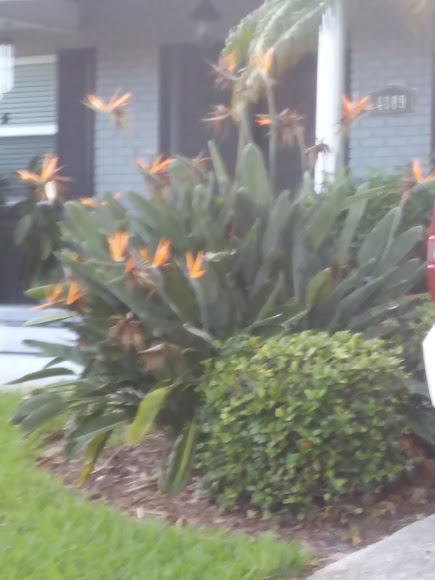 A large plant of S. reginae, also known as the birds of paradise for their distinctive flowers. This is probably one of my favorite ornamental plants. It's a very hardy plant fond of loamy soils and thrives in tropical areas. S. reginae is a slow growing plant and its beautiful flowers don't appear until 5 years into their life. Despite this the flowers are long lasting once established. A healthy plant will flower several times a year. S. reginae does not have allergenic airborne pollen as it relies on sunbirds for pollination. The sunbird will drink the nectar and the flowers will open to disperse pollen on the bird's feet. S. reginae is not a cold tolerant plant and will not survive frost. S. juncia, a related plant, is considered to be genetically nested in S. reginae. It is thought to be a mutation in the process of speciating as its own species.

Native to South Africa, it was introduced to Britain in the 1773 for the Royal Botanic Gardens, and was subsequently produced in the Americas and Australia.