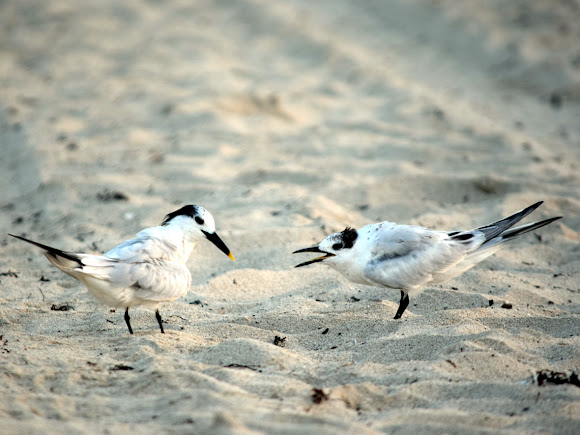 Seacoasts, bays, estuaries, and mudflats of the southeastern United States and the Caribbean, occasionally ocean far from land.

The juvenile on the right was apparently being weaned by the parent. It was begging for food among a large mixed flock of mostly laughing gulls and pelicans this morning in Miami Beach. Curiously within same flock a family of Royal Terns was involved in the same behavior. See this spotting: http://www.projectnoah.org/spottings/164...