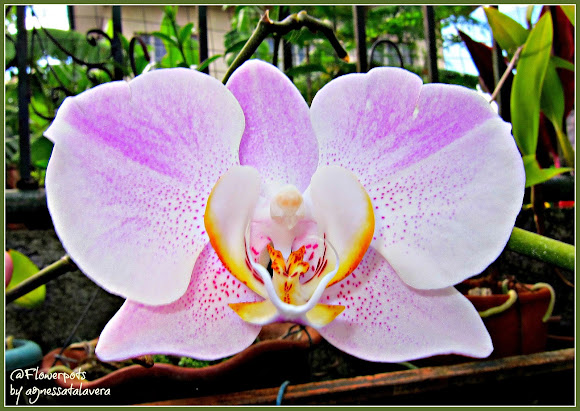 Phalaenopsis is an orchid genus of approximately 60 species. It is one of the most popular orchids in the trade, through the development of many artificial hybrids. The generic name means "Phalaen[a]-like" and is probably a reference to the genus Phalaena, the name given by Carolus Linnaeus to a group of large moths; the flowers of some species supposedly resemble moths in flight. For this reason, the species are sometimes called Moth orchids. They are native throughout southeast Asia from the Himalayan mountains to the islands of Polillo, Palawan and Zamboanga del Norte in the island of Mindanao in the Philippines and northern Australia. Source: Wikipedia.

From my mom's orchid collection in her garden.