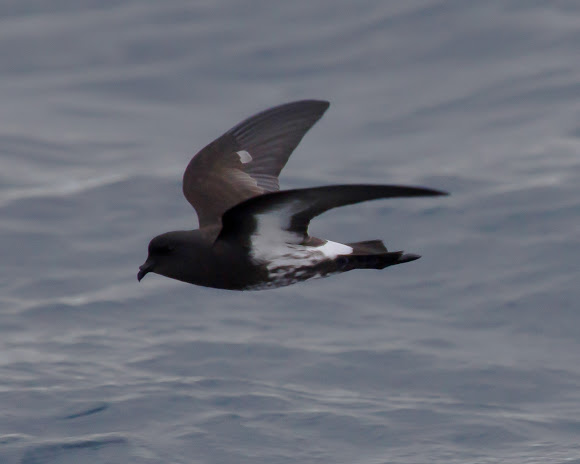 Has a Red List status of CR but only just rediscovered so numbers are still being monitored, this small storm petrel is black with a white rump and underwing and a white belly with diagnostic black streaking esp. on the flanks. Bill, legs and feet are black with dark webbing and toes are characteristically long.

Re-discovered in the Hauraki Gulf of northern New Zealand in 2003. A small breeding colony was found on Little Barrier Island in 2013 and documented in NZ Nat Geo later that year. Is thought that it may migrate toward Australia's east coast in winter.

Probably overlooked for many years and considered a sub-species of Wilsons Storm Petrel (Oceanites oceanites), genetic work carried out recently has shown the NZSP to be not only be a distinct species but also of the genus Freggetta rather than Oceanites. These images taken on a very dull and rainy day in the Hauraki Gulf.

Thank you Polilla. The second and fourth are my fav. And yes, timing is everything!

Thank you Joshua. As I have a bit of a fascination for ocean going birds, I really do live in the right country for that.

You have seen some amazing birds.