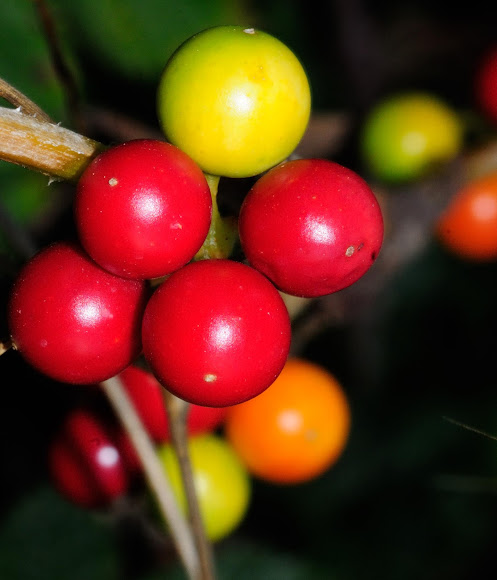 Perennial climbing vine indigenous to Central and Southern Europe. It is a flowering plant of the genus Bryonia with five-pointed leaves and blue or white flowers. The vine produces a red berry fruit. The plant is sometimes used in herbal medicine as a powerful cathartic and purgative. The root is cathartic, cytotoxic, diaphoretic, expectorant, hydrogogue, irritant, pectoral, purgative and vermifugal. The root, which can be 75 cm long and 75mm thick, can be used fresh at any time of the year, it can also be harvested in the autumn and be dried for later use. The whole herb has an antiviral effect. It is generally toxid to humans

I finally identified it as Bryonia dioica, red bryony