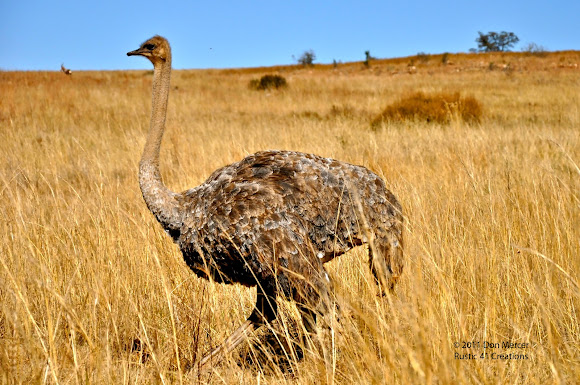 The ostrich, or common ostrich, is a flightless bird that can run at speeds of just over 40 mph. If cornered, it uses powerful leg kicks for defense. It is the largest living bird and lays the largest eggs of any bird. The female has a much lighter coloring of feathers than males, which are black. This is one of four sub-species living in Africa.

This species is found in Africa south of the Zambezi River. They prefer open land and savannas.

This bird was seen at the Rhino & Lion Park outside Johannesburg.