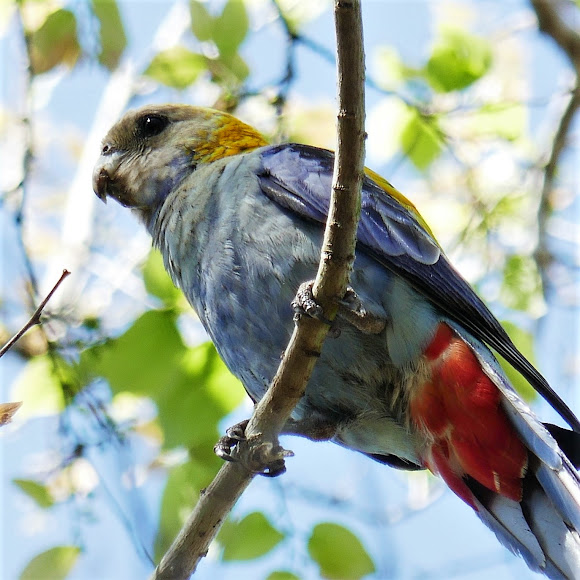 The second day of Spring and a pair of Pale-headed Rosellas arrived, right on cue, and once again it was their chatter which alerted me to their presence. I don't recall seeing any for at least a couple of years. This is a broad-tailed parrot of the genus Platycercus, and is native to northeastern Australia. It is a moderate-size parrot with a pale yellow head, predominantly white cheeks, scalloped black and gold back and pale blue underparts. There are two subspecies, the better known palliceps (eastern Queensland), also known as the Blue-cheeked Rosella, and adscitus (Cape York Peninsula). Its closest relative is the Eastern Rosella, which replaces it in southeastern Australia. They are very pretty birds.

Found in open woodland, it feeds on seeds and fruit, and nests in hollows of large trees. This spotting, however, was in a suburban backyard in Brisbane. The birds were originally in the trees, but one flew down later to ground level to feed on clover (Trifolium repens).