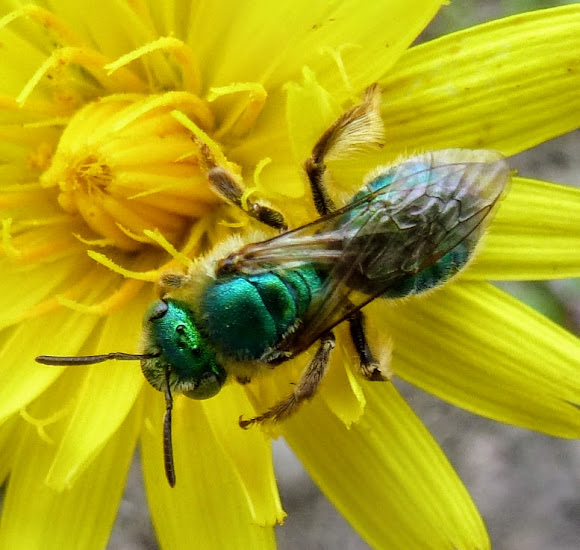 The metallic green sweat bee, so named for their attraction to human sweat, are one of the jewels of the bee world. This small bee is represented by 4 species found in the United States with only one Augochlora pura, found north of Texas. This solitary bee nests in preexisting tunnels or excavates a chamber in rotting wood. Females collect pollen on hairs on their hind legs called (scopae) that she takes back to her brood cell to provision her young. These bees produce two to three generations each season. Females born in late summer spend the winter dormant in hibernacula, under a rotting log. These bees are generalist pollinators and can be found pollinating a variety of native and non-native flowers. This species emerges early in the spring and can be found pollinating spring ephemerals such as trout lily.

seen in an urban area of Daly city