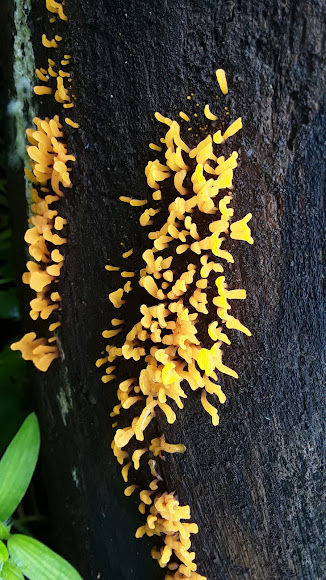 This fungi grow in moist anvirment, grows scattered to gregarious,at the base of moist bark of tree or decay tree Fruit bodies not encroaching wood and preferably growing horizontally in series following cracks in the bark

Thenk you all of you

Machi a month ago

Welcome to Project Noah Rajkumar parmar! I invite you to check out our FAQ page (https://www.projectnoah.org/faq) where you can find the rules of the site and general information about how to use it. Great first spotting and I look forward to seeing more from you!

Ingrid3 a month ago

What a Fantastic fungus!