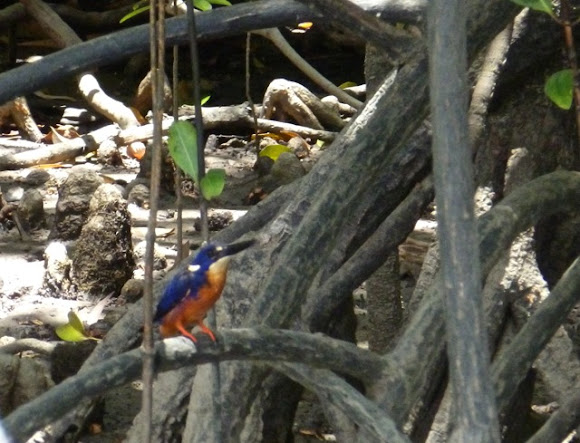 The Azure Kingfisher Alcedo azurea is a small kingfisher (17-19 cm), in the river kingfisher family, Alcedinidae. It is a very colourful bird, with deep blue to azure back, a large white to buff spot on side of neck and throat, rufous-buff with some blue-violet streaks on breast and flanks. The feet are red with only two forward toes. The lores (the region between the eye and the bill) are white and inconspicuous except in front view, where they stand out as two large white eye-like spots which may have a role in warding off potential predators.

It is found in Northern and Eastern Australia and Tasmania, as well as the lowlands of New Guinea and neighbouring islands, and out to North Maluku and Romang.

Envious of the location Pam :)