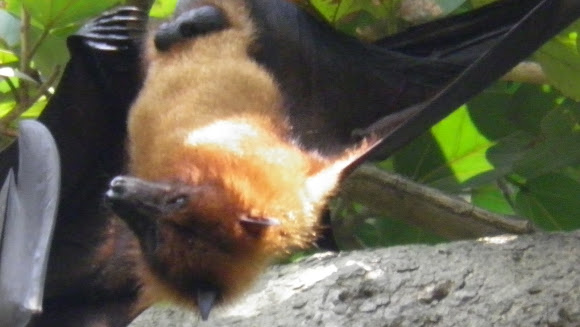 Also known as the Greater Indian Fruit Bat, it lives in mainly forests. It is a very large bat with a wing span of between 1.2 and 1.5 m (3 ft 10 in and 4 ft 10 in). It is nocturnal and feeds mainly on ripe fruits such as mangoes and bananas and nectar. This bat is gregarious and lives in colonies which can number a few hundred. Found it Houmipur , p.o.Abdalpur., Madhyamgram. Kolkata