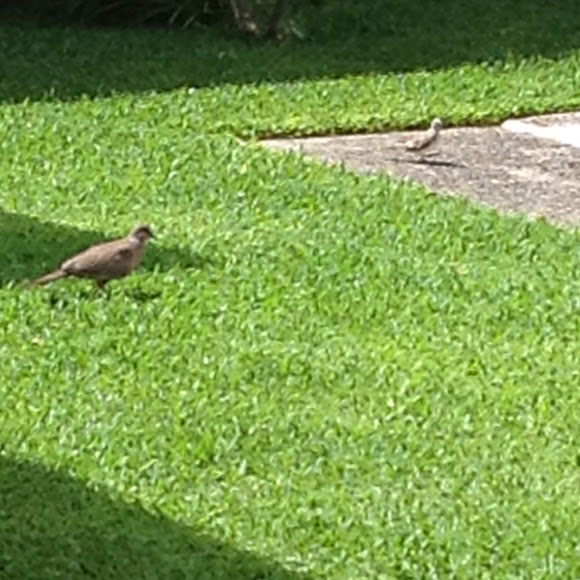 A Columbidae on the Mid-Pacific campus. The Columbidae tend to have short bills and legs, and small heads on large compact bodies.

The family has adapted to most of the habitats available on the planet. The largest number of species is found in tropical forests and woodlands. These species may be arboreal, terrestrial or semi-terrestrial. Various species also inhabit savannas, grasslands, deserts, temperate woodlands and forests, mangrove forests, and even the barren sands and gravels of atolls. Source: http://en.wikipedia.org/wiki/Columbidae