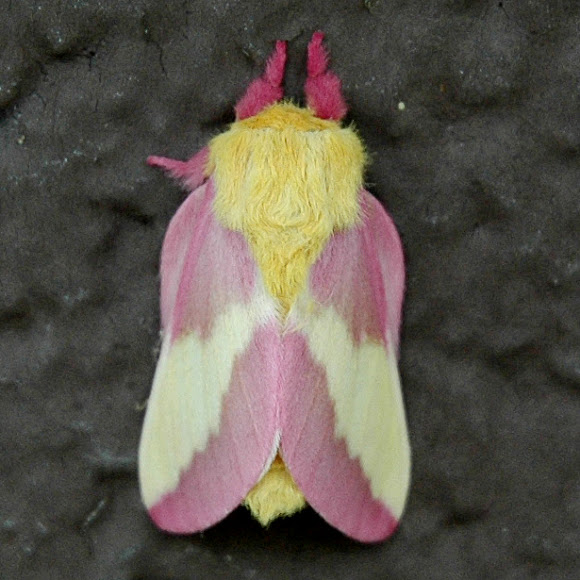 The species is known for its wooly body and pink and yellow coloration, which varies from cream or white to bright pink or yellow.[2] Males have bushier antennae than females, which allow them to sense female pheromones for mating. - Wikipedia

As the common name of the species implies, the preferred host trees are maple tree. Adult females lay their yellow ovular eggs in groups of 10 to 40 on the underside of maple leaves.[2][3] The emerging caterpillars, also known as the greenstriped mapleworm, mainly feed on the leaves of their host maple trees, particularly red maple, silver maple, and sugar maple. Since the caterpillars eat the entire leaf blade, in dense populations, caterpillars have been known to defoliate trees, resulting in aesthetic rather than permanent damage. However, like all other Saturniid moths, the adult moths do not eat. - Wikipedia

Beautiful colors Bonnie and the clarity is stunning. Thanks for sharing.