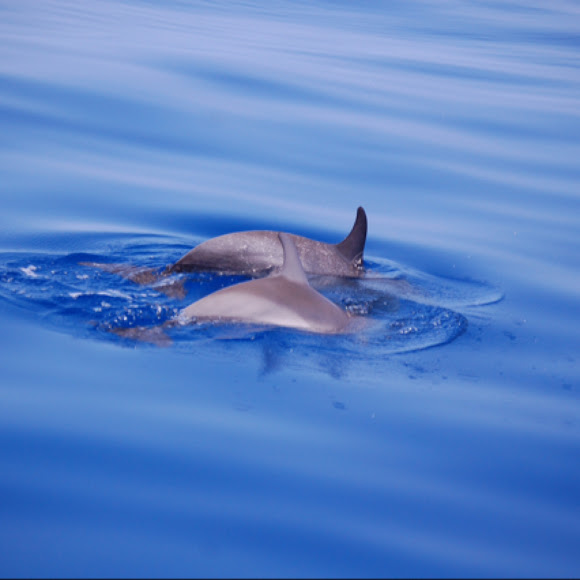 The pantropical spotted dolphin (Stenella attenuata) is a species of dolphin found in all the world's temperate and tropical oceans. The species was beginning to come under threat due to the killing of millions of individuals in tuna purse seines. In the 1980s, the rise of "dolphin-friendly" tuna capture methods saved millions of the species in the eastern Pacific Ocean and it is now one of the most abundant dolphin species in the world.

That water is perfectly clear