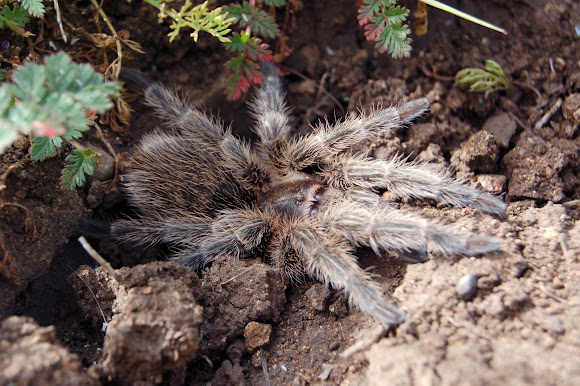 G. rosea is a common pet of tarantula hobbyists. Females have been known to live as long as 15–20 years, but due to the limited time they have been available on the market (and hence for extensive study) it is possible that they may live considerably longer than 20 years.

The G. rosea's natural habitat is the desert and scrub regions of Northern and central Chile, Bolivia, and Argentina. While previously thought to be wanderers in nature, large numbers have been observed living in burrows in their natural habitat. They generally do not burrow in captivity. They are usually active in the evening or night.

This spider was being attacked by a big Pepsis wasp, and if not killed by the wasp, it was totally stunned. Didn't manage to take a shot at the wasp.