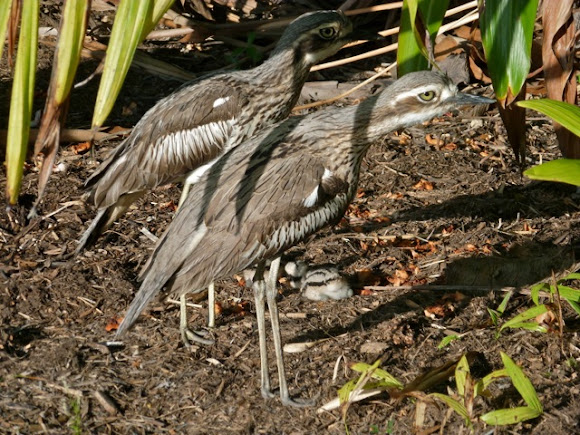 The Stone-curlews, also known as Dikkops or Thick-knees, consist of nine species within the family Burhinidae, and are found throughout the tropical and temperate parts of the world, with two species found in Australia. Despite the group being classified as waders, most species have a preference for arid or semi-arid habitats. They are largely nocturnal, particularly when singing their loud wailing songs, which are reminiscent of true curlews.

thanks Alice. Put the last one, first! The family had 2 small babies, so cute, and were always around the house.