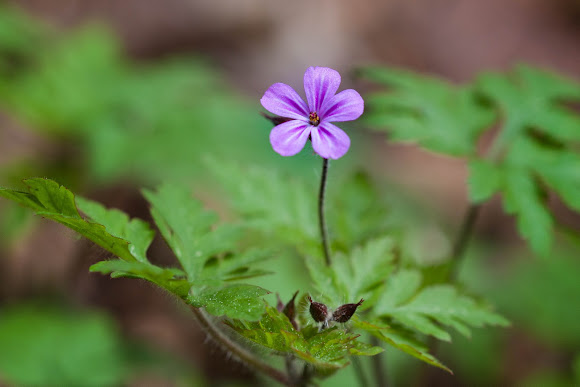 Found at the forest edge of a mixed forest (mainly oak and beech) on the edge of the nature reserve Naafbachtal.

Herb-Robert has been used in traditional folk medicine as a remedy for toothache, bruises, fever, gout, kidney or lung disease, herpes and nosebleeds. The infusion of the plant has been used as a tonic and was also considered effective against diarrhea. Placed on wounds he is told by antiseptic action. Due to the peculiar smell of crushed leaves, it is regarded as a mosquito repellent plant. The name should refer to the holy Ruprecht, the first bishop and patron saint of Salzburg. He is said to have taught the use of medicinal herbs. Also possible is a connection with the Old High German expression rōtpreht (reddish), which refers to the color of the plant.