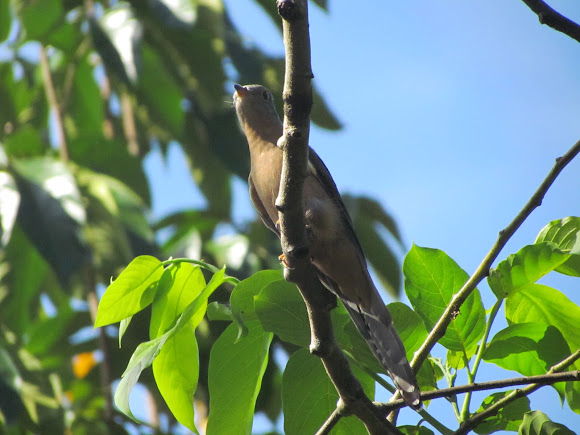 The Brush Cuckoos spent an entire week around the area. I saw a maximum of 4 at a time. Write ups say that they're usually heard but not commonly seen. I never heard them the entire time they were there. They spent most of their time on the ylang-ylang trees, perching on a low branch and occasionally diving for a caterpillar or two. They'd sometimes fly towards smaller birds such as the rare-uncommon migrant Narcissus flycatcher. Photos taken between 1:52-1:54pm.