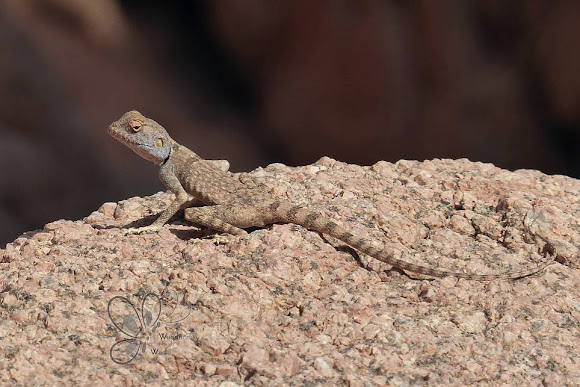 One of my favorite critters to come across while hiking! Always so handsome and regal, and loves to pose for the camera. "Although drab and inconspicuous throughout much of the year, during the breeding season the male Sinai agama becomes instantly recognisable for its vivid sky-blue colouration...The females and juveniles retain the brown colouration throughout the year, but usually have a red crescent-shaped spot on the flanks, behind the forelimb. Other distinctive features of this species include a large ear opening behind the eye, long limbs and a thin, cylindrical tail that is over one and half times the length of the body." ~ARKive.org

coastal desert wadi; "The Sinai agama has a relatively large range extending from south-east Libya, east through Egypt, Sinai, Israel, Jordan and Syria, as far as Saudi Arabia, the United Arab Emirates and Oman, and south as far as east Sudan, Ethiopia and Eritrea" ~ARKive.org