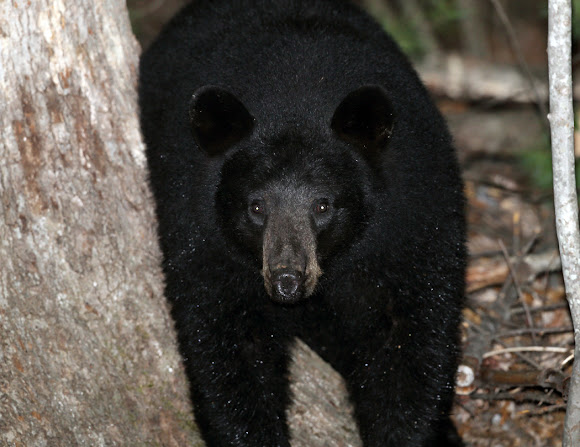 When I went out at night to check my moth lights, this good sized bear was chowing down on my bird seed. The bear didn't run when I opened the door and went out on the deck. After a few pictures I yelled at it and he ran into the woods. So after this episode, I took the bird feeders down and won't put them back up until the bears are hibernating in late fall.