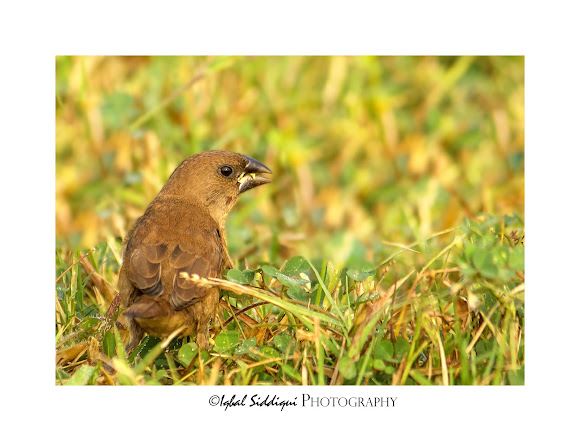 The Scaly-breasted Munia or Spotted Munia (Lonchura punctulata), known in the pet trade as Nutmeg Mannikin or Spice Finch, is a sparrow-sized estrildid finch native to tropical Asia. Its habitat extends from India and Sri Lanka east to Indonesia and the Philippines. It has been introduced into many other parts of the world and populations have been established in Puerto Rico and Hispaniola as well as parts of Australia and the United States of America. They are found in open habitats, including gardens and agricultural fields where they forage in groups for grass seeds