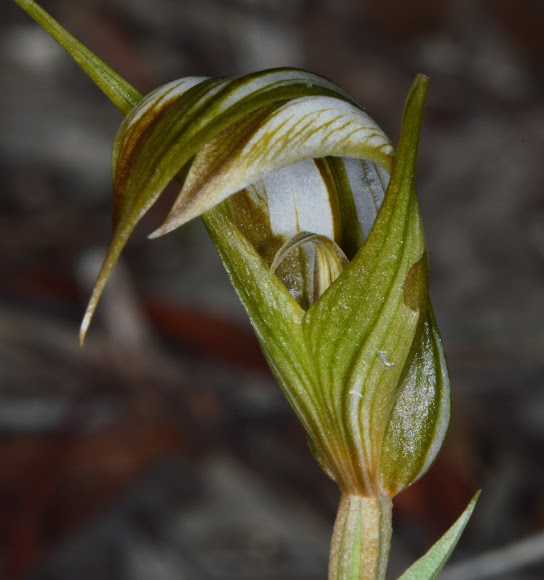 Large Greenhood approx. 2cm long, flowering during the autumn months. Greenhoods are generally pollinated by Fungus Knats which fly during the cooler months of the year and hence the flowering time of most Greenhoods. The thin tongue protruding from the hood is a sensitive trigger, flicking backwards trapping the Fungus Knat inside the hood. Until the tongue resets the only escape is through a narrow passage where the insect must pass the pollina. It may take several minutes for an insect to work its may out of the trap.